By YetiFebruary 23, 2009Uncategorized
No Comments 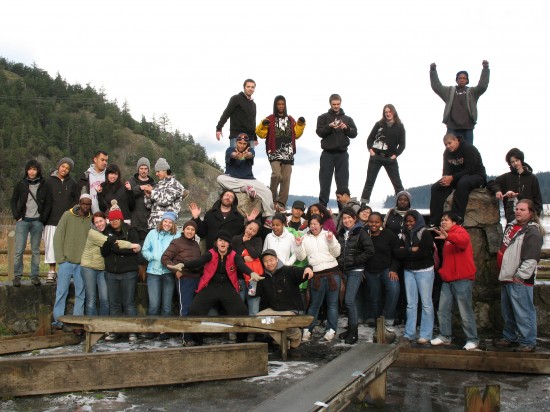 I was born on July 6, 1991 in the city of Cavite, Philippines. Being the second to the youngest of eight definitely had its perks, but it wasn’t long until I figured out the bleak nature of life. By the end of middle school, I’d already abused foreign substances unknown to my peers. Two years passed of my rebellious stage of hard drugs, alcohol and gradient F’s on my report card. I’d decided to abandon the harsh reality that high school had in store for me and dropped out my sophomore year.

I then came upon a community which embraced youth and mentor dynamics called the Service Board. I received helped and guidance from my peers and adults which I never had in my lifetime. The Service Board had helped me turn my life around from the obscurity that society held; from genderism, institutions and racism. Shortly after graduating my first year of the Service Board, I’d already been interning at 90.3 KEXP, held knowledge of compassion and understanding and, most importantly, I was back in school.

I am now a junior at Franklin High School and working my tSButt off to graduate on time, by taking 7th period and night school back to back. I am also in the middle of finishing my first pictorial book, which I deeply dedicate to tSB.  The Service Board helped me realized that having goals and mentorship are pivotal to the art of living and you should never take life for granted because you never know who you might meet.