Last Thursday, over 150 people came to support the Service Board at its first ever Lu’au at Golden Gardens Bathhouse. The volleyball tournament was an amazing success with teams bringing some stiff competition while still having a ton of fun! There were also some funny outfits from the pastel prep wear of the Bump, Set, Spacecraft to the hair lined lips of the Sumos on the Mustachio Bashyos. The volleyball tournament was a giant success thanks to the participants and the support from Seattle Beach Volleyball Club and the Beach-ballers! 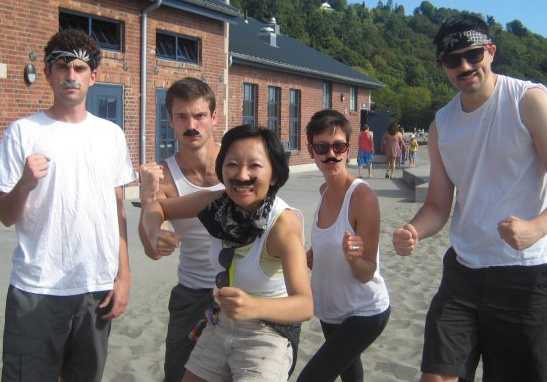 You could feel all of the energy beginning to flow, from Kore Ionz doing sound check to Via Tribunali getting the portable pizza oven going. It was powerful to see all of the people from Sno Con and Skull Candy to Caffe Vita and Havana coming together to help tSB. As the kickoff drew closer, tSB volunteers hurried to put the finishing touches on the space. As attendees started to pour into the Bathhouse, they were greeted by tSB banners and golden boots! Sunlight poured into the space and gave it a glow that was matched only by the smiles of everyone who came to support the event.

As the food started to come out, everyone knew that it was going to be an amazing night! The buffet was filled with rice, Hawaiian cole slaw and Huapia prepared by former tSB youth Serena Senour, tSB board member and owner of Pai’s food truck Pai Ponsupaht and our ED’s daddy-o Mr. George Miller—truly a labor of love from tSB’s community! The real show stopper was the WHOLE PIG that was prepared by Scott Staples and served up lovingly by Bob Prince from Caffé Vita. In addition to all of that amazing food, Via Tribunali had delicious, freshly prepared pizza on site all evening! Adults crowded the bar to indulge in the handcrafted mai-tais from the skilled bartenders of Havana, while others sipped on Odwallas and Hanson soda as DJ TRNTDRM provided an amazing soundtrack to the beginning of the evening. 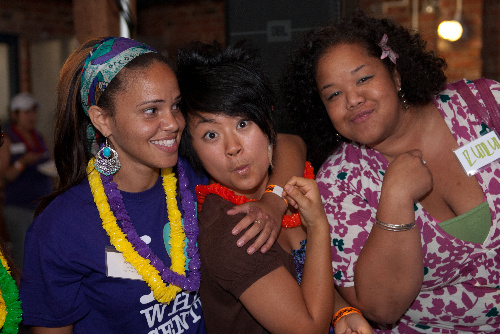 We love our mentors. (photo by Karen Johanson)

As people started to fill their stomachs and settle down with beverages, the program was kicked off with MC and tSB mentor Rachel White bringing some amazing energy to the room. Volleyball team Shark Attack was crowned kings and queens of the court by John Logic of SnoCon and awarded some amazing Spacecraft, Skull Candy and SnoCon swag! Then tSB’s own Executive Director Ashley Miller kicked off some powerful, real talk followed by tSB youth Ja’Von Morgan telling his story. Finally, tSB mentor (and volleyball champion) Aldrin Pano imparted some more tSB words of wisdom.

After the program, everyone was ready to unwind with some music. THEEsatisfaction got everyone out of their seats and Canary Sings kept them dancing. Gabriel Mintz switched things up by bringing his unique sound to the stage. Everyone was expecting the headliner Kore Ionz to take the stage, but there was a surprise, impromptu performance by J. Martin Feathers (call him Marty…) that had everyone cracking up. Finally, Kore Ionz hit the stage and got everyone out of their seats for the rest of the evening with island music that brought the Lu’au full circle. As the night wound down, the looks on the faces of the people dancing to the sounds of Kore Ionz told you that the night was a success! 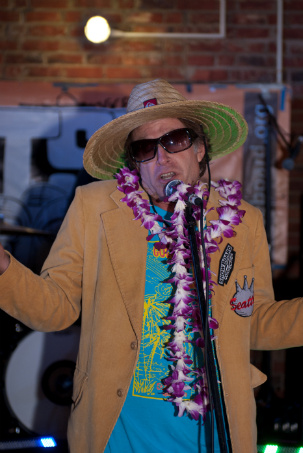 Aaron for the sound system, DJ TRNTDRM, THEESatisfaction, Canary Sing, Gabriel Mintz and Kore Ionz for the music and support, Karen Johanson Photography for documenting the evening, Serena Senour for helping put all of the food together, Steve Shay for covering the event, Rachel White for MCing the evening, Ja’Von Morgan for sharing his words, all of the volleyball teams for participating and last but not least the Department of Parks and Recreation for the use of the bathhouse and the supportive staff there. A final thanks to everyone who attended you make the tSB family what it is! Much love!